What is a programming language?

Why should we stress our minds to understand what they are used for?

These basic questions may pop-up in your mind at the very beginning of reading this article. Well, you might not be wrong at all!

Modern science and advancements in digital technology have made reality far more peculiar than imagination. It made us experience the unmatched growth in computational attributes like never before. 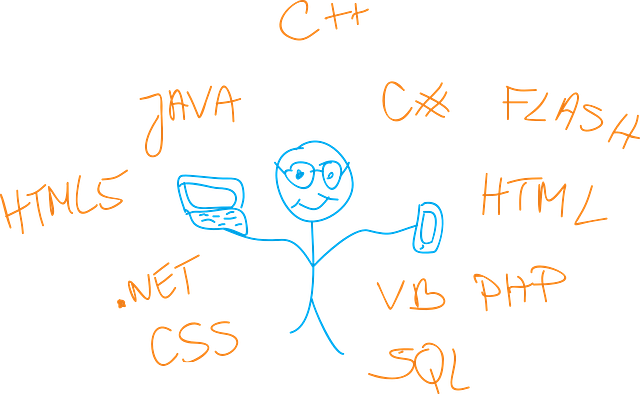 So, without wasting further time, let’s get started and remain within the mainstream in the journey of software development.

What Is Meant By Programming Languages?

For every task to be conducted properly, there is a set of programs that need to be followed in order to fetch desired outcomes. Computational programs are of no exception- for the fulfillment of any programs, computers just follow a predetermined set of rules assigned for each task.

A computer processes data under the supervision of a particular computer program, where ‘program’ is a sequence of instruction consisting of data where raw data is mediated into the expected format of the output. In simple words, a programming language can be defined as,

“A set of rules that provides a medium of telling the computer what operations to perform.”

It is notable to mention that, a programming language is ” a high-level language”, where it bears more or less resemblance with the modern human language and computer devices are unable to read and decipher those languages.

The hierarchical structure for the evolution of the computers is more of a complex structure than being a linear one- one major reason is the contribution of several inventors over some time. Additionally, all of their contributions led to the development of such machines capable of executing tasks beyond imagination- development of programming languages and their implementation in operational processes are one major outcome.

There was a time when the idea of computers was beyond imagination, whereas now it has become an integral part of modern lives. Understanding the evolution of computers and their progress in characteristic features will make you realize the complexity and innovation in computer programming languages. To fulfill the criteria for an effective programming language, the following criteria may be followed,

Best Programming Languages To Learn In 2019

Since its advent in of 20th century, numerous programming languages have been developed, each of them surpassing the other in attributes and features. The top hierarchy of programming languages is ever-varying and always changes. Older ones have become obsolete with the introduction of new ones irrespective of their effectiveness and feasibility.

Among hundreds of programming languages, only a handful of them has the capacity to win the minds of technical experts and simultaneously remain understandable to commoners.

But, before leaping into that, let’s consider this!

Have you made a list of best programming languages for the current year?

If you possess enough patience and utter curiosity to justify your choice, then buckle up, and read the post throughout and, of course, digest it!

Java has been the leading programming language for the last 20 years due to its versatility for “write once, run everywhere”. Due to its immense stability, Java has been one of the most important languages to consider for organizations and has been one good field of interest to make a career. The most notable feature of this language is summarized below

Over 30 years of its introduction, Python has maintained its unrivaled position and has withstood the test of time. Basic purpose serving ability and due to its user-friendly programming languages, Python has ranked among the top tier of the programming language hierarchy. Semantics and syntax of this language are quite similar to Java, where it’s clear, intuitive and bears resemblance with the English language.

Serving in areas such as machine learning and scientific computing, the programming style of Python is harnessed by simple functionalities and variables. Features such as rapidity, convenient use, and easy deploying ability make the programming language extensively used to create scalable web applications. Immensely popular websites such as YouTube, Pinterest and Instagram are developed based on Python.

The following infographic is a perfect instance that exemplifies the feasibility and versatility of this language for the program “Hello World!” 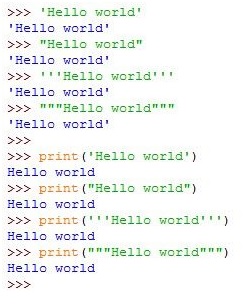 Simplicity and productivity- the main motto of the programming language named Ruby were developed in 1990 in Japan. It was created to make programming more simplified and enjoyable.

In specific, Ruby helps you develop an application with less line of code. However, high dynamism of this type of language makes it harder to maintain and also, it operates at a slower pace due to its high flexibility. 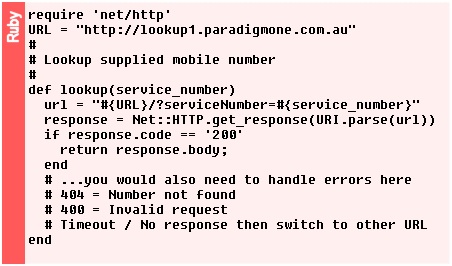 It is yet another product from the use of the Microsoft language development program- introduced in 2002. .NET is a framework that compiles and executes a program written in different languages such as VB.NET etc.- which are the most common programming languages used. Web-based and form-based applications, web design services are developed with the application of this framework. Applications for various platforms namely, phone. Windows, web, etc are developed through the application of this framework.

One of the most fascinating and versatile attributes of this framework supports beyond 60 programming languages, out of which 11 are produced and maintained by Microsoft. (Note that, remaining platforms that are not developed by Microsoft but still operates efficiently on those platforms). 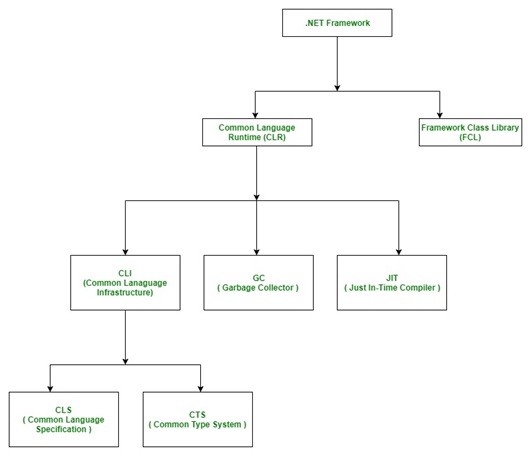 Although forced by tough competitions posed by Python and Java, there still sustains demand for PHP. Nonetheless, it is more than wonder that a programming language developed to serve the purpose for maintenance of Personal Home Page (PHP) for Rasmus, now occupies more than 83% of the global websites in recent days.

Immense popularity for this programming language is due to its free availability, if not then at a minimal price, ease to set up and simple to operate for new programmers.

PHP has a wider range of applicability and is utilized to create inanimate images and also web page content for websites. Furthermore, PHP is suited enough for the WordPress Content Management System. 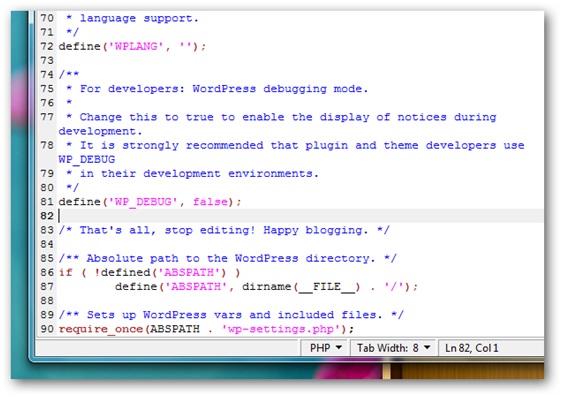 Google has declared Kotlin as the official language for android app development since the early half of this fiscal year. It is also developed to compete with Java and make it as an alternative.

On Android devices, Google officially supports Kotlin for mobile development. the Android compiler of Kotlin enables its users to opt for between Java 6 or Java 8 compatible bytecode.

Since its introduction, Kotlin sooner became one of the major choices for app developers. 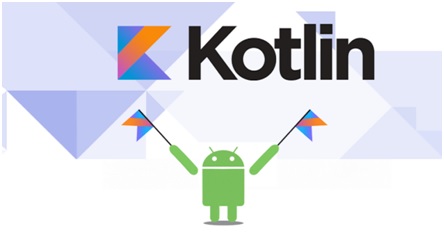 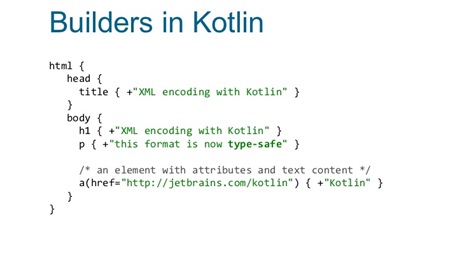 In order to combat with tough rivalry posed by Java, Microsoft imparted C# as an alternative. The basic target for the development of this programming language is to omit the chances for the interference of Microsoft to mediate Java.

C# is much easier to learn for the start-ups, where the code is more consistent and logical compared to C++.

One of the notable features of this coding language is to be a “statistically typed language”- the code is checked before implement it in the application.

In specific, C# is likely to fit in the criteria that will facilitate you to develop desktop and web applications and also in high-end functions such as VR and 3D gaming. As written in C#, Xamarin is a cross-platform tool compatible with almost all devices. 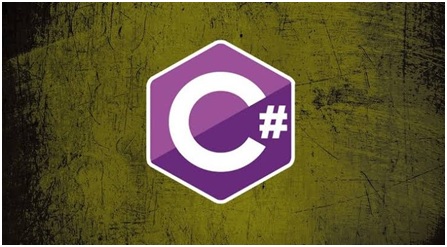 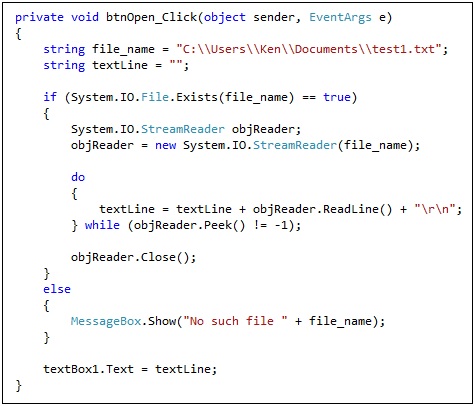 Computers have been used extensively in the welfare of mankind and in the recent future, they will keep doing so. Since its birth, this exquisite devices has changed the way of our living and shaped the digital world on its own. Each successive generation has portrayed significance growth in technological advancements and has provided unmatched power in the palms of the human being.

In this context, operation of single tasks through mere commands has shifted its way to more complexity, and as an outcome “programming languages” evolved. These languages have become a book of syntax and semantics from simple commands in no time.

At initial stages, deciding which programming language to learn and opt for as a career-making option, it could be trickier for any software engineer. Where an appropriate selection is career-defining, inability to remain persistent on that desired field is toughest of all.

Whether you want to be ma front-end or back-end engineer, a mobile developer- the above-mentioned lists signify the most appropriate languages based on both their current growth rate as well as the amount of impact they have on the industry.

Hope that this discussion has established a transparent figure of best programming languages for the ongoing year that will manifest you with a boost in a career in recent years and so forth.