With its ever-evolving characteristic, technology has always proven to be exciting for technology-enthusiasts. Technology has been growing at a tremendous rate and with this pace, it can be clearly seen that the universal digital transformation isn’t that far from becoming a reality. Business leaders present in various business verticals across the globe have now ventured into leveraging the latest technology trends like Big Data, Blockchain, AI. The core that is driving the rapid growth and adaption of the upcoming technology is the user experience. 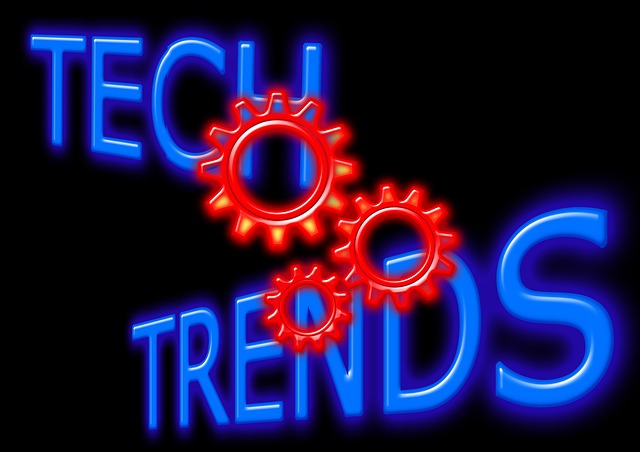 AI has been the top technological trends over some years now. Both- technology along with computers have come a long way and hold an extensive capability regarding learning and gaining knowledge about the world, in a similar way to humans over the years. This huge transition in AI technology has been made possible only because of the increased amount of data being generated along with the enhancements in the modern-day computing power of the systems. AI has grown at a quite astonishing rate in the past few years. The greater the amount of data made available to AI systems, the faster would be the learning and precision done by it. With such rapid growth, it would not be astonishing if it overtakes a major portion of the human-related activities. Present-day tasks of making computers involve making them read, seeing, hearing, speaking and also capturing emotions. When all these gestures are combined, it will make AI a technology that needs no human intervention to carry out the learning process.

IoT along with AI has been an emerging trend over the years now. It is also one of the top tech trends that need to be watched out for. It can have a great impact on both- personal as well as corporate levels. Despite being a bit slow in establishing connections amongst various devices, the future of IoT will have a different adaption story altogether. It will become smarter in the coming time. In the future, a major portion of the devices would be getting hosted over the Internet. Households are already having smart products such as- TVs, smart voice assistants, etc. In the future, we can expect number of household devices to communicate with each other.

We have already witnessed the growth of voice assistants like Siri, Alexa in the past. But, the sad part of these voice assistants is that they have often failed to fall short of what we humans expected out of them. With the growth of AI and machine learning, we can expect voice interpretation and voice creation software to overcome these fallacies. With time advancement, we can expect voice commands and voice assistants to be more useful for humans for daily activities. Voice can even bridge gaps underlying between the human and technology interface. In the voice technology domain, a crucial aspect lying on the cutting edge is Natural Language Processing or NLP. NLP is going to allow the computers and machines to gain knowledge on the true meaning of voice. The newer programming languages developed with voice can give the systems an understanding of human behavior such as- human tone, sarcasm and also some deeper contexts.

WIth various emerging technologies such as Cloud computing, big data, AI moving towards a high scale development, there is a definite rise in automation and in the coming time automation would be used at its full potential. Most of the software consulting firms are using going to implement automation. Automation is going to be implemented by various industries because automation will offer safety, productivity, quality along with profitability.

Edge computing is one of those upcoming technologies that has been least discussed in the technology arena. Businesses might be working smoothly as of now using the Cloud, but in the future, there is a definite shift that is going to take place beside the Cloud technology. Edge computing refers to a computing element where everything including- information processing, content collection, and its delivery would be placed close to the information source. Latency along with connectivity challenges, restrictions in bandwidth include some of the benefits that are going to get embedded at the source edge. In the future, we can expect to see increased attention that would be given to edge computing in order to enable the necessary analytics right at the location and it would be using the results to perform a specific set of actions.

In the very near future, we would be witnessing the spell of fast Internet connections along with the various perks that it would come with. 5G is going to find its place in the markets sooner and will bring in the benefits like high-speed Internet, low latency along with high capabilities. The benefits offered by 5G could be used in autonomous vehicles along with a wireless VR in order to work with a minimal number of technical hindrances or glitches. The benefits offered by 5G is going to two-faced. It would not only enhance user experience at higher data rates but also it would be more of safety favoring and this is where latency comes in.

Analytics will play a crucial role in the growth and measurement of companies across the planet. It could be used for determining the successes of the businesses in a market, but also can help the businesses to predict the direction in which their markets will move. Analytics combined with machine learning might be used to a great extent as compared to today. Analytics and machine learning could be used to make sense of the data, identify the current issues, and even suggest actions. Analytics could prove to be the perfect use case for most of the upcoming technologies.

It is evident that the benefits and possibilities that the above-stated technology trends are endless. The domain experts have an assumption that by leveraging such kind of huge advanced technology trends placed in the society, the workforce will definitely make our lives a lot simpler and much better

Rishabh Sinha joined ESDS after completing his MBA in Marketing from NMIMS. He is passionate about writing articles on latest technological trends such as Big Data, VR, IoT, AI.