I had to release a few bloggers over the years who turned south.

Sometimes, blogging buddies go thru something in life they have a tough time embracing. Positive people turn negative, changing their vibe because they do not face their fears. I met a few of these folks over my decade online. Some became pretty good friends but changed big time. Others seemed to be casual buddies who I did not know well enough, to see their not too great side. 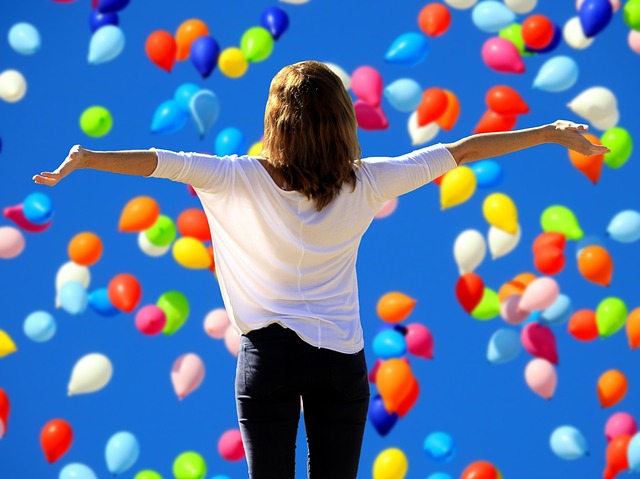 None of us are perfect. But when someone becomes largely negative, you need to let them go because negative people form an energetic anchor on you, your blog and your business.

As I promote my eBook:

You know exactly what I mean; groups of bloggers who seem OK at first, but who largely complain and pick others apart through criticism. I have left a few of these groups because I had to avoid the mass fear plaguing these negative folks, to stop being swept up in their fear-pain karmic storm. Avoid all groups, tribes and meeting spots largely dominated by negative bloggers. Give no energy to these gatherings. Hang out with positive, loving, compassionate bloggers, to better connect with these pros.

Sometimes, a friend can turn foe, or is not what you believed the friend was, when you first bonded. I recall a few folks saying pretty rough stuff on social media that I did not vibe with. Nothing personal; I just needed to move on because we were no longer resonant. With that in mind, understand too how fairly resonant bonds simply dissolve sometimes if a friend cannot seem to embrace their fear and pain, because they will often try to project their fear onto you.

Turn in the opposite direction if your blogging buddy turns into a blogging foe. Everybody needs to blow off steam sometimes, simply being angry or upset here and there. But you gradually know when someone seems to be changing, right? Nasty attitude, or some unpleasant social media updates reflective of strong fear and pain, signal that it is time to cut ties and move on to meet more loving, caring friends. I do not advise cutting off things after a single blow up or a few bad days, but you know when to stop being in contact with someone who turns predominantly negative for a sustained period of time.

Go Dark to Release Them

Going dark is basically ceasing all communication with someone. Most people get the hint and stop communicating with you. Some particularly pained, angry, afraid people need to be blocked on social media and need their emails labelled as spam, for them to get the loud and clear message, that you are not connected with them anymore.

Do not fire a parting shot or explain anything. Nobody owes anybody anything in a world of mature adults. If people need an explanation, that is their immaturity, which is not your responsibility. Simply be with any guilty or angry feelings and allow these energies to pass. Let them go. Connect with more positive folks and allow the person to find themselves, so they can face, embrace and feel their fears, for healing.

We all have negative moments but when moments become months, and you have not bonded deeply with someone, it is time to move on.

Follow these tips to keep vibing high and to tune into greater blogging success.